Be prepared for severe weather

While spring showers bring May flowers, it’s also the most active time of the year for tornadoes and severe storms. Now is a good time to make or review your severe weather safety plans on campus and at home. As part of Severe Weather Preparedness Week, County officials will test outdoor sirens on Tuesday, March 19 for a statewide tornado drill at 10:15 a.m., similar to the way they test sirens the first Thursday of every month at 11:30 a.m.

Tornadoes are violent and can demolish well-made structures, uproot trees and hurl heavy objects through the air. During an actual tornado warning, the University will issue NDAlert messages when campus is threatened. The county will activate outdoor warning sirens and local media and the federal Wireless Emergency Alert (WEA) program will also broadcast the warning. 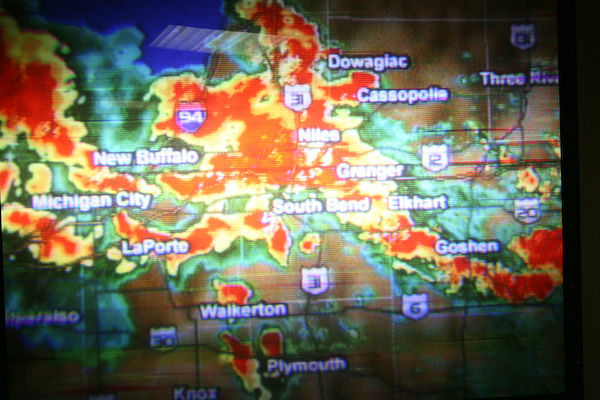 What to do when a tornado warning has sounded:

What is the difference between a watch and a warning?

Watches may be issued frequently. While you should keep informed via radio or television, you do not need to take immediate action. A severe thunderstorm watch means that damaging winds and hail are expected. It often precedes the issuance of a tornado watch. A tornado watch means that conditions are favorable for the development of tornadoes.

A tornado warning does require immediate action. Move to a safe shelter because a tornado has been sighted, either visually or on radar and is in our area. When a tornado warning is issued by the National Weather Service, the St. Joseph County Civil Defense tornado warning system will activate the siren on top of the North Dining Hall. For tornadoes, the siren issues a steady tone for three to five minutes. The siren will not issue an all clear. All clear signals are issued by the National Weather Service via local AM/FM radio and television station announcements. Warning sirens are tested at 11:30 a.m. on the first Thursday of the month and consist of a one-minute steady tone, one minute of silence and a one-minute wailing tone.

Please join campus in being prepared for severe weather and making Notre Dame ready and resilient in the face of emergencies.

Originally published by Marissa Gebhard at evp.nd.edu on March 13, 2019.